ASUS ZenFone Go 4.5 with quad-core CPU and 8GB of storage goes on sale

ASUS has launched a new variant of the ZenFone Go in the Indian market. The new variant called the ASUS ZenFone 4.5 is available to buy on the company’s online sales partner Flipkart for Rs 5,299. Flipkart is also offering a discount of up to Rs 2,000 on the new ZenFone variant under an exchange offer via its mobile app. 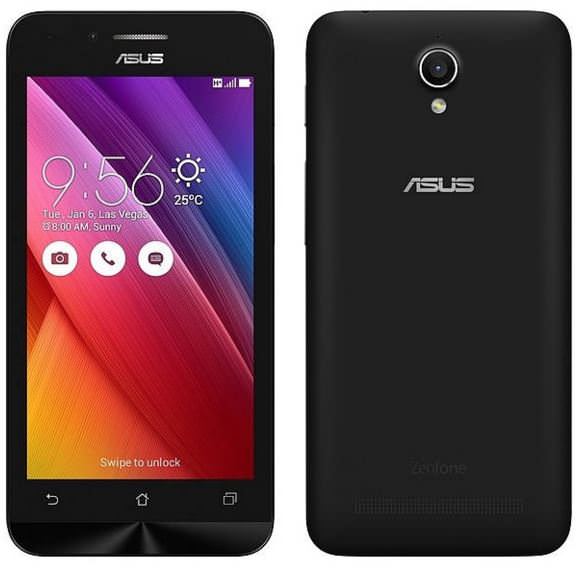 The ASUS ZenFone Go 4.5 as its name suggests comes with a 4.5-inch display bearing a resolution of 480 x 854 pixels. The phone is backed by a 1.3GHz quad-core MediaTek MT6580 processor, aided by 1GB of RAM. The device comes with 8GB of internal memory, which can be further increased up to 64GB via a microSD card.

The ZenFone Go 4.5 comes with a 5-megapixel primary snapper with an LED flash, and a 0.3-megapixel secondary snapper. In terms of connectivity, it offers dual-SIM slots, 3G, Wi-Fi, Bluetooth, micro-USB and GPS. The phone runs Android 5.1 Lollipop with the Zen UI 2.0 on top, and is fuelled by a 1,600mAh battery.

The ASUS ZenFone Go 4.5 is being offered in a single black hue. To recap, the company launched the ZenFone Go in the country in September with a 5-inch HD display and a quad-core MediaTek CPU for Rs 7,999.

Vivo V9 Pro to Go on Sale for the First Time in India Today: Price, Specifications

October 10, 2018
Comments Off on Vivo V9 Pro to Go on Sale for the First Time in India Today: Price, Specifications