Datawind has launched its new tablet called the PC 7SC in India. Priced at Rs 2,999, it’s the most affordable Android tablet with voice calling support. The company has partnered with Reliance Communications and Telenor to bundle free internet access for a year with the PC 7SC tablet. The band has signed an agreement with Den Snapdeal TV-Shop to sell the slate through the retailer’s 24×7 TV channel. 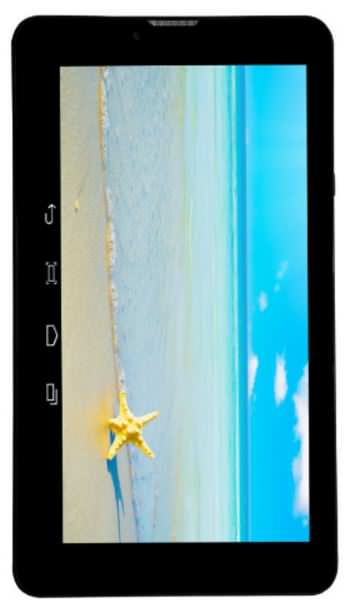 The Datawind PC 7SC utilises the company’s web delivery platform, which promises to deliver the fastest web experience on regular GSM-EDGE networks. This tech reduces bandwidth consumption by factors of 10x to 30x, as per the claims. It’s said to deliver web pages even on congested GPRS networks in five to seven seconds (with even faster speeds on 3G and 4G networks).

Coming to the specs, the Datawind PC 7SC tablet offers a 7-inch WVGA display, and runs Android 4.4 KitKat. The slate is powered by a 1.3GHz processor, aided by 512MB of RAM. It comes with 4GB of expandable memory, a VGA rear camera, voice calling, Wi-Fi, Bluetooth, and a micro-USB port. The tablet is backed by a 2,400mAh battery, which delivers up to eight hours of mixed usage.

Apart from the tablets, the company had launched affordable smartphones with free internet access earlier this year. The Canadian brand has a local manufacturing facility in Amritsar, and is planning to set up a new plant in Bihar soon.

January 3, 2016
Comments Off on The Loop review: A simple tool for avoiding tangled earbud cables

SimpliSafe Home Security review: This system lives up to its name

January 3, 2016
Comments Off on SimpliSafe Home Security review: This system lives up to its name