Samsung has unveiled the Galaxy A9, the brand’s latest phablet in the Galaxy A series at its Party 2016 event in China. It is the most high-end smartphone in the Samsung Galaxy A lineup. Similar to the Galaxy S6 range, the Galaxy A9 also sports a metal frame and glass black panel. The phone’s highlights include a fingerprint sensor embedded into the home button, and a 4,000mAh battery that supports fast charging. 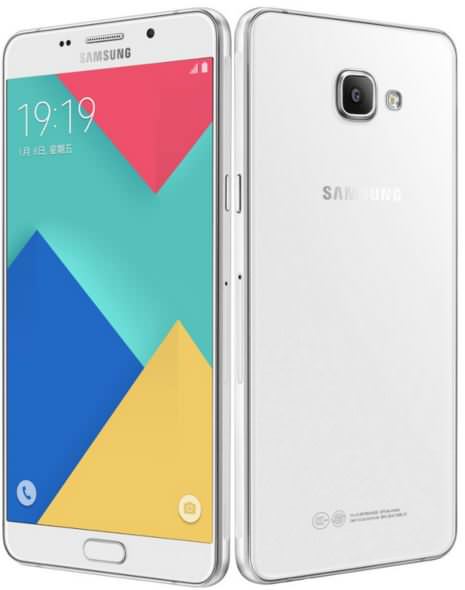 The Samsung Galaxy A9 flaunts a 6-inch Super AMOLED full HD display with 2.5D curved glass. The phone is fuelled by an octa-core Qualcomm Snapdragon 652 (620) SoC that has four cores running at 1.8GHz and four clusters spinning at 1.2GHz, aided by an Adreno 510 GPU and 3GB of RAM. For storage, it gets 32GB of internal memory, further expandable up to 128GB via a microSD card.

The camera department includes a 13-megapixel primary snapper with OIS, S5K3L2 sensor, f/1.9 aperture and an LED flash, and an 8-megapixel secondary shooter with f/1.9 aperture. The phone offers 4G LTE, dual-SIM slots, Wi-Fi, Bluetooth 4.1, ANT+ and NFC connectivity options. On the software front, it runs Android 5.1.1 Lollipop, and will be getting the Marshmallow update in the coming months.

The Galaxy A9 will first go on sale in China later this month in white, gold and pink hues. There’s no word regarding its price and global availability at the moment.