Apple has reportedly launched the iPad Pro in India. The news comes from the Mumbai-based independent retailer Mahesh Telecom, which suggests that the slate will be available in the country via Apple authorised retailers in the coming days. 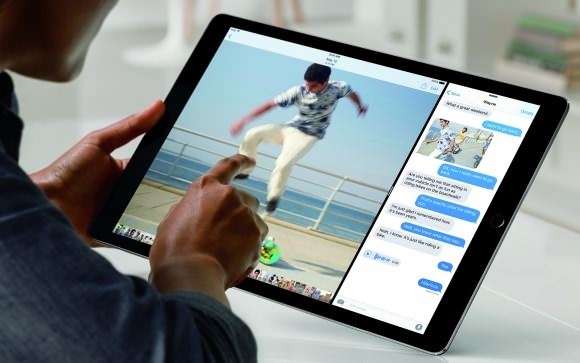 The Apple iPad Pro was unveiled in September this year alongside the newiPad Mini 4. It is the Cupertino tech giant’s largest tablet, featuring a gigantic 12.9-inch display with a resolution of 2,732 x 2,048 pixels. The slate offers iOS 9’s multitasking features that include running apps side-by-side.

The iPad Pro is powered by Apple’s newest A9X SoC, aided by the M9 motion processor. It comes with an 8MP iSight camera at the back, and a FaceTime front shooter. The tablet also gets Apple’s TouchID fingerprint sensor integrated into the home button. Similar to the previous iPads, it comes in Wi-Fi-only and 4G LTE cellular editions.

As per Mahesh Telecom, the Wi-Fi only models of the iPad Pro come in 32GB and 128GB internal memory variants that are priced at Rs 67,900 and Rs 79,900 respectively. The slate’s LTE edition with 128GB of storage will be available for Rs 91,900. The company has reportedly also launched the new Apple TV in India with Siri assisted controls that costs Rs 13,500 for the 32GB edition and Rs 17,900 for the 64GB model.

July 8, 2018
Comments Off on Apple Music Now Has More Paying Subscribers Than Spotify in the US: Report

July 19, 2018
Comments Off on Apple Won’t Sell 2018 iPhone USB-C Power Adapter Separately Due to Supply Constraints: Report
Apple slashes price of the iPhone 5s in India
Apple introduces Smart Battery Case for the iPhone 6 and 6s
Like us on Social !
Subscribe by email !