Huawei’s subsidiary Honor has launched an enhanced edition of the Honor 7 smartphone in China on its second anniversary. The new Honor 7 variant runs the new EMUI 4.0 based on Android 6.0 Marshmallow, and offers 32GB storage, double as compared to the previous variant. The phone gets a a smart key to give shortcuts, supports voice commands to facilitate navigation, and alerts you when your friends are in the vicinity. 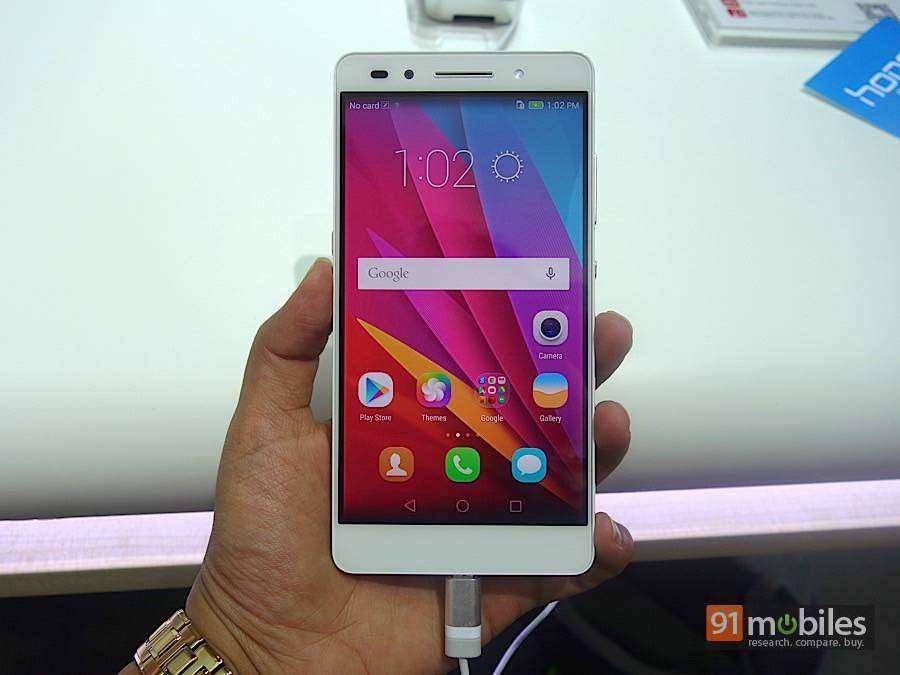 Honor has partnered with China’s Baidu search engine to bring Siri-like features to the phone in the coming months. Apart from a new EMUI version and enhanced storage, the rest of the specs are similar to the previous Honor 7. The phone comes with a 5.2-inch 1080p display, and is fuelled by an octa-core 64-bit Kirin 935 processor, aided by 3GB of RAM. The device gets a 20MP rear camera with PDAF, a dual-tone LED flash, a Sony IMX230 sensor, 6P lens, and f/2.0 aperture. For selfies, it offers an 8MP front shooter with an LED flash. The handset comes with a 3,100mAh battery with fast charging capabilities, a 9V-2A charger, 4G LTE, a fingerprint sensor, and an IR blaster.

The new Honor 7 model has been priced at the equivalent of Rs 20,800, and is being offered in a gold hue. The brand has also reduced the price of the 16GB Honor 7 variant to around Rs 18,700, which for a limited period isavailable in India for Rs 21,790, down from Rs 22,999. The company also said that the preview release of EMUI 4.0 for other Honor 7 devices will be available through forums in China in the coming weeks.

December 29, 2015
Comments Off on ZTE introduces the Axon Max with 6-inch 1080p display, 3GB of RAM and fingerprint sensor

November 23, 2016
Comments Off on Panasonic Eluga Mark 2 Launched in India: Price, Release Date, Specifications, and More
Honor forays into the IoT segment with HiLink language and LiteOS
iBall Andi 5.5H Weber with 5.5-inch HD display, quad-core processor, and Lollipop goes on sale
Like us on Social !
Subscribe by email !