HTC One A9 launched

At a recent event in India, HTC unveiled two new smartphones. The A9 was an addition to HTC’s flagship One series, while the 828 joined the Desire range of smartphones from the brand. Both the smartphones offered stylish designs and promising specs, however, the company refrained from revealing the pricing of the devices. While the mystery continues for the HTC Desire 828 (first impressions), the beautifully styled HTC One A9 (first impressions) has been priced at Rs 29,990. 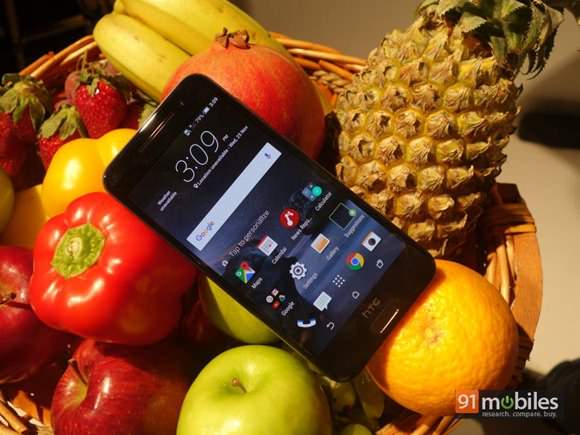 The HTC One A9 comes with an all metal chassis takes major design cues from the uncrowned king, the iPhone 6. Featuring a 5-inch FHD display, the smartphone runs HTC’s Sense UI atop Android 6.0 Marshmallow. The One A9 is powered by a Qualcomm Snapdragon 617 64-bit octa-core CPU, with one quad-core cluster running at 1.5GHz, and the other clocked at 1.2GHz. The device gets a meaty 3GB of RAM to assist the processing, along with 32GB of inbuilt storage, which is expandable up to 2TB. Camera-wise, it gets a 13MP autofocus BSI sensor, equipped with optical image stabilisation. For selfies, there’s HTC’s UltraPixel snapper. On the connectivity front, the smartphone supports 4G and comes with Bluetooth v4.1, Wi-Fi 802.11 b/g/n/ac, GPS and GLONASS. The One A9 is fuelled by a 2,150mAh battery, and supports Quick Charge 2.0 tech. The phone also rocks a fingerprint sensor and Dolby Audio.

The phone has been made available in two colour variants – Carbon Gray and Pearl Silver. Registrations to buy the HTC One A9 start from December 9th, and will be open till December 14th. The smartphone will be up for grabs starting December 15th, exclusively via Snapdeal.

HTC Exodus Blockch-ainPowered Smartphone Set to Debut in Q3; Will Be Available Globally, Except China

July 13, 2018
Comments Off on HTC Exodus Blockch-ainPowered Smartphone Set to Debut in Q3; Will Be Available Globally, Except China

HTC Vive Pro stuff is never on sale, but it’s $200 off for Prime Day

July 17, 2019
Comments Off on HTC Vive Pro stuff is never on sale, but it’s $200 off for Prime Day
HTC Desire 828 dual-SIM launched
HTC Exodus Blockch-ainPowered Smartphone Set to Debut in Q3; Will Be Available Globally, Except China
Like us on Social !
Subscribe by email !