Motorola introduced the 2nd-gen Moto 360 smartwatch (first impressions) in September this year. Alongside, the brand announced a Sport edition of the smartwatch. Now the brand has revealed full specifications of the Moto 360 Sport along with its price and availability. 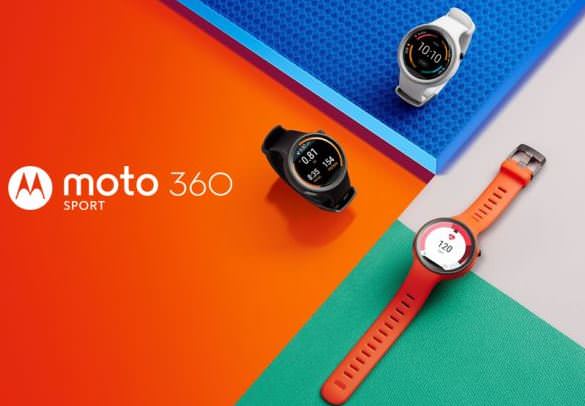 The new smartwatch aimed at runners and other fitness enthusiasts features a heart rate monitor and built-in GPS. The GPS works in tandem with theMoto Body app to track distance traveled, pace, lap times and more. The Android Wear-powered smartwatch also works with other fitness apps likeFitbit 3, MapMyRun, Strava and Under Armour Record.

The Moto 360 Sport comes with a sweat resistant silicon band, and offers a transflective AnyLight hybrid display that makes the LCD screen more readable indoors and outdoors. The smartwatch is water-resistant thanks to the IP67 certification. It also lets you sync your music from Google Play Music, to listen to without requiring your smartphone.

The rest of the Moto 360 Sport’s features are similar to the regular Moto 360 2nd-gen. It features a 1.37-inch display with a resolution of 360 x 325 pixels and a layer of Corning Gorilla Glass 3. The device comes with a 1.2GHz Snapdragon 400 processor, 512MB of RAM, 4GB of internal memory, Bluetooth 4.0, Wi-Fi, and dual microphones. Sensors on board include barometric altimeter, accelerometer, ambient light sensor, gyroscope, and vibration/haptics engine. It is fuelled by a 300mAh battery, which the brand says will last up to a full day with the Ambient display on.

The Moto 360 Sport has been priced at $299 (around Rs 19,900), and comes in black, white and orange hues. It will first go on sale in the UK and France starting December 18th, followed by a launch in the US from January 7th. The company launched the regular editions of the new Moto 360 in India yesterday, but there’s no word on if the Sport will go on sale in the country at the moment.

April 3, 2017
Comments Off on Here are the frontier startups that presented at Singularity University’s third demo day

All about IIT JEE Chemistry

October 20, 2016
Comments Off on All about IIT JEE Chemistry

While visiting a restaurant for Indian food

November 28, 2016
Comments Off on While visiting a restaurant for Indian food

Nintendo Switch Up for Pre-Order on GameStop

January 4, 2017
Comments Off on Nintendo Switch Up for Pre-Order on GameStop

February 6, 2019
Comments Off on SoftBank Reports Rise in Operating Profit on Rising Valuations of Its Investments