Samsung’s upcoming flagship, the Galaxy S7 has already been the subject of a number of leaks in the past couple of weeks. Now a fresh report from Wall Street Journal suggests that the phone will boast a pressure-sensitive display similar to the one found on the Apple’s newest iPhones. The report also reveals some key features of the upcoming flagship from the Korean brand. 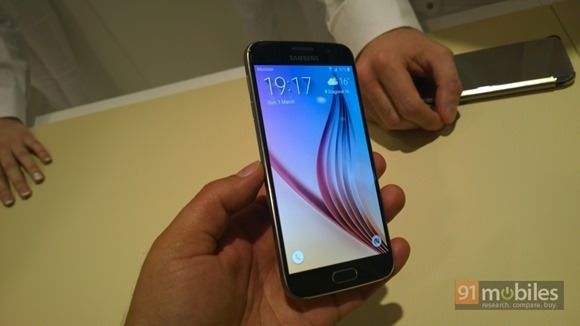 As per the publication, the pressure-sensitive screen will work similar to Apple’s implementation of 3D touch in the new iPhones. The responsive screen allows the device to interpret different taps and touches depending on how hard the user presses on the display.

Moving on, the Galaxy S7 will come with a USB Type-C port for fast charging support. The phone is expected to be released in four variants. WSJ adds that all of them will feature fingerprint reader, with one of these models boasting a retina sensor. Just like the curved S6 edge (review | FAQs), the next flagship would also be introduced with a curved sibling. The brand also seems to be going back on its decision of non-expandable storage as the report suggests that the non-curved editions will support memory expansion.

Lastly, the report adds that the Galaxy S7 will offer improved camera, optimised for low-light photography. As per the earlier leaks, the Galaxy S7 and S7 Edge will be unveiled around late February or early March, possibly at MWC 2016 in Barcelona.