Japanese telecom operator KDDI in partnership with Kyocera has launched the Digno Rafre, which is the world’s first smartphone that can be washed with soap. The Rafre features an IPX5/8 rating, which allows it be washed using even hot water up to 43-degrees. It’s worth mentioning that hot water is not included in the usual waterproof IP ratings. 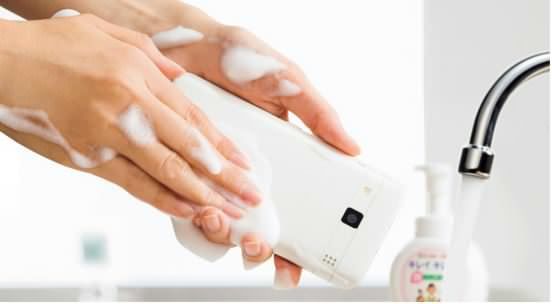 The Kyocera Digno Rafre is resistant to dust, and gets the military-grade MIL-SSTD-810G rating for resistance against impacts like falling from your pocket and more. It also gets a layer of Dragontrail X glass to protect the screen from scratches. The display can be used even when it is wet, and the phone even comes with a rubber ducky dock, which floats in the bathtub.

Coming to the other specs, the Kyocera Digno Rafre offers a 5-inch HD display, and runs Android 5.1 Lollipop. It is powered by a 64-bit quad-core 1.2GHz Qualcomm Snapdragon 410 processor, aided by 2GB of RAM. Other features include 16GB of expandable memory, 13MP/2MP cameras, 4G LTE, and a 3,000mAh battery.

The Kyocera Digno Rafre has been priced at the equivalent of Rs 31,000, and will go on sale for KDDI subscribers in Japan on December 11th in Coral Pink, Cashmere White and Marine Navy hues.

February 13, 2019
Comments Off on Inside a Berlin ‘Gaming House’ – Where E-Sports Elite Hone Their Skills

November 12, 2019
Comments Off on Twitter Takes Steps to Keep UK Election ‘Healthy and Safe
Microsoft Azure-based Hug smartwatch with gesture controls unveiled
The next wave of cybercrime will come through your smart TV
Like us on Social !
Subscribe by email !