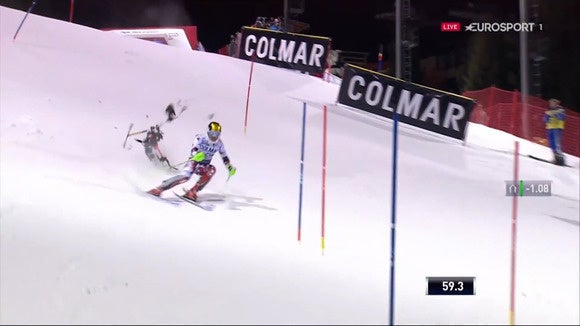 It’s a frightening moment to watch and a sober reminder of the danger of drones.

On Tuesday evening at an Alpine Ski World Cup event in Italy, a large drone carrying a TV camera crashed into the snow a fraction of a second after Austrian skier Marcel Hirscher had passed the point of impact.

Had it fallen on the skier or directly in front of him, he would almost certainly have sustained major injuries.

A technical investigation has been launched and the drone company says its initial suspicion is that interference on the radio frequency being used to control the drone caused problems.

The FIS has banned the use of drones for TV broadcast purposes at its events until it can ensure safe operation.

Hirscher placed second in the event.

January 3, 2016
Comments Off on 7 critical things to do immediately with a new PC
Purism’s Librem 13 laptop will come with Qubes OS installed
The Loop review: A simple tool for avoiding tangled earbud cables
Like us on Social !
Subscribe by email !