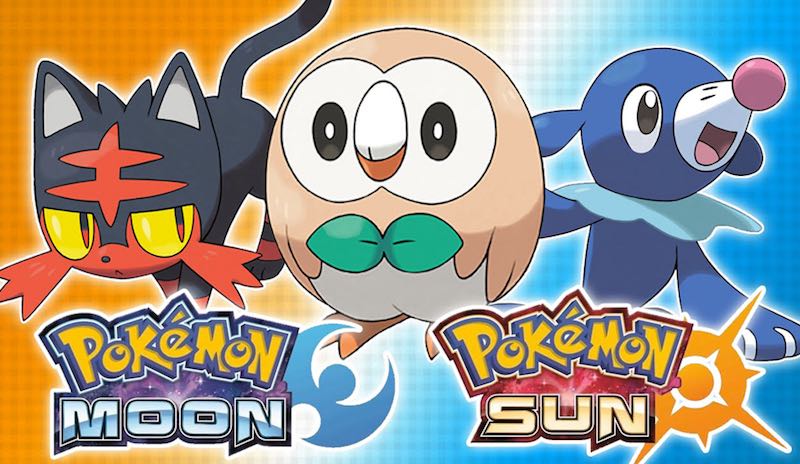 Japanese gaming giant Nintendo on Friday launched Pokemon Sun and Pokemon Moon, the latest games in the series, in Japan, Australia, and the US, four months after the release of Pokemon Go.

The release of the seventh generation of the multi-billion dollar franchise, which has not launched any new games in the series since October 2013, coincides with the 20th anniversary of the launch of the original Pokemon video games and follows the stupendous success of Pokemon Go, which has been downloaded over 500 million times.

The new games, designed for Nintendo’s 3DS portable game console, will be released in Europe on November 23 and Nintendo has already shipped 10 million copies throughout the world, EFE news cited the company as saying in a statement.

Nintendo, who said during the release of its results for the first quarter of the Japanese financial year (April-September) that the success of Pokemon Go helped boost sales of software in the Pokemon series during the same period, hopes the effect is enhanced with the new games.

The games take place in the Alola region, composed of four tropical islands and an artificial one, and feature a total of over 800 pocket monsters for the players to hunt.

A few Pokemon-enthusiasts had recently grabbed pirated copies of the game leading Nintendo to ban them from its online network.

October 25, 2017
Comments Off on Budgeting Energy in the Workplace

October 24, 2017
Comments Off on Digital Marketing is the future for companies

Google Surpasses Apple to Become the Most Valuable Brand in the World: Report

February 7, 2017
Comments Off on Google Surpasses Apple to Become the Most Valuable Brand in the World: Report

HGH Side Effects On Men From Injections & Pills

January 15, 2017
Comments Off on HGH Side Effects On Men From Injections & Pills

December 29, 2016
Comments Off on Lenovo ThinkPad Laptops With Intel ‘Kaby Lake’ Processors Unveiled Ahead of CES 2017

January 3, 2016
Comments Off on This is your best hope for recovering photos from a lost or stolen phone
Xbox Scorpio Price to Make It Microsoft’s Most Expensive Console?
BookMyChotu.com Will Send Helpers to Stand in ATM Queues for You
Like us on Social !
Subscribe by email !