Gears of War 4 Cross-Platform Multiplayer Trial for Xbox One, Windows 10 Is This Weekend 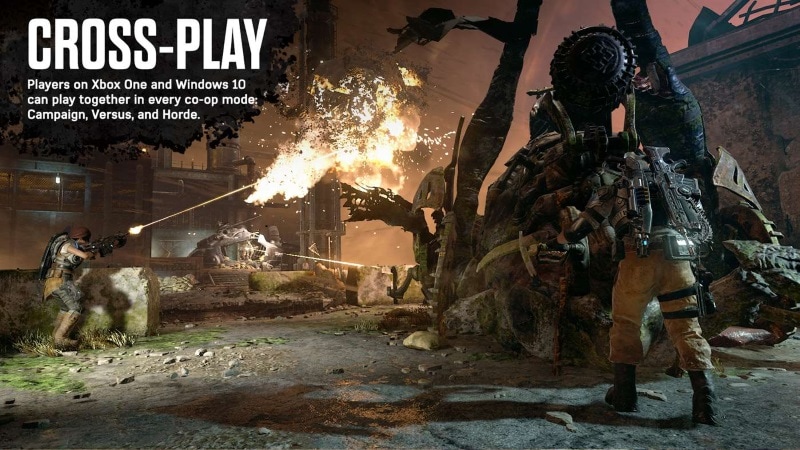 Microsoft has announced that it will trial cross-platform multiplayer in Gears of War 4 for Xbox One and Windows 10 gamers this weekend, to “evaluate the potential of a more permanent Crossplay solution”.

“Crossplay is divisive in any Versus experience, and Gears of War 4 is no different,” The Coalition’s community manager TC Octus wrote in the Gears of War forum. “From the beginning, we stated our intention to keep both platforms separate in non-cooperative game modes in order to preserve competitive balance. Conserving a fair, competitive environment remains a top priority for us.”

He went on to add that they would be using the weekend as a “trial run”, with the developer collecting data and feedback to see what gamers thought about the experiment. It also assured people in its announcement that it won’t make any dramatic changes after this weekend, so players need not be worried.

The reason most gamers tend to not favour cross-platform competitive action with first-person shooters is down to the major difference in input methods. While players on consoles need help with aim assist thanks to the controller’s analogue sticks, those playing with keyboard and mouse on PCs benefit from better accuracy and speed upfront.

Hence, Microsoft is keeping the test limited to a single playlist, running from Friday, December 2 to Monday, December 5. Here are the full settings for it:

January 10, 2017
Comments Off on Medical Negligence Experts Provide Support For All Types Of Negligence Claims

January 25, 2019
Comments Off on Linking Drivers and Customers the Easy Way

Use Nintendo Switch controllers with the NES Classic with this adapter

March 17, 2017
Comments Off on Use Nintendo Switch controllers with the NES Classic with this adapter

November 23, 2016
Comments Off on BookMyChotu.com Will Send Helpers to Stand in ATM Queues for You

The SEC and DOJ just dropped their inquiries into Hampton Creek

March 25, 2017
Comments Off on The SEC and DOJ just dropped their inquiries into Hampton Creek
Phishing Websites Stealing Information From 26 Indian Banks, Claims FireEye
BenQ W11000 4K DLP Projector Launched at Rs. 3,99,000
Like us on Social !
Subscribe by email !