Since beginning the latest phase of its mission, NASA’s Cassini spacecraft has sent to Earth its first views of Saturns atmosphere – showing scenes from high above the planet’s northern hemisphere, including an intriguing hexagon-shaped jet stream. 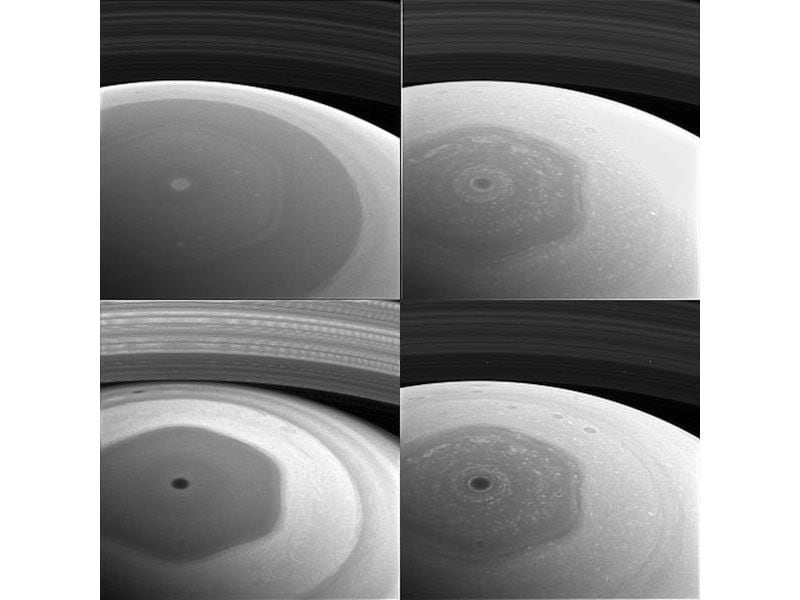 Each of these weeklong orbits – 20 in all – carries the spacecraft high above Saturn’s northern hemisphere before sending it skimming past the outer edges of the planet’s main rings.

Cassini’s imaging cameras acquired these latest views on December 2 and 3, about two days before the first ring-grazing approach to the planet, NASA said.
Future passes will include images from near closest approach, including some of the closest-ever views of the outer rings and small moons that orbit there.
nasa cassini saturn northern hemisphere Cassini Saturn

“This is it, the beginning of the end of our historic exploration of Saturn. Let these images – and those to come – remind you that we’ve lived a bold and daring adventure around the solar system’s most magnificent planet,” said Carolyn Porco, Cassini imaging team lead at Space Science Institute, Boulder, Colorado.

The next pass by the rings’ outer edges is planned for December 11.

While visiting a restaurant for Indian food

November 28, 2016
Comments Off on While visiting a restaurant for Indian food

HGH Side Effects On Men From Injections & Pills

January 15, 2017
Comments Off on HGH Side Effects On Men From Injections & Pills

Google is fighting with Symantec over encrypting the internet

March 28, 2017
Comments Off on Google is fighting with Symantec over encrypting the internet

December 30, 2015
Comments Off on OnePlus introduces a Sandstone Black iPhone case, bundles it with a OnePlus X invite

March 28, 2017
Comments Off on Facebook hires Apple veteran to lead virtual reality hardware efforts at Oculus
Super Mario Run Won’t Work Without the Internet
How GIS Is Used by Mobile Companies
Like us on Social !
Subscribe by email !