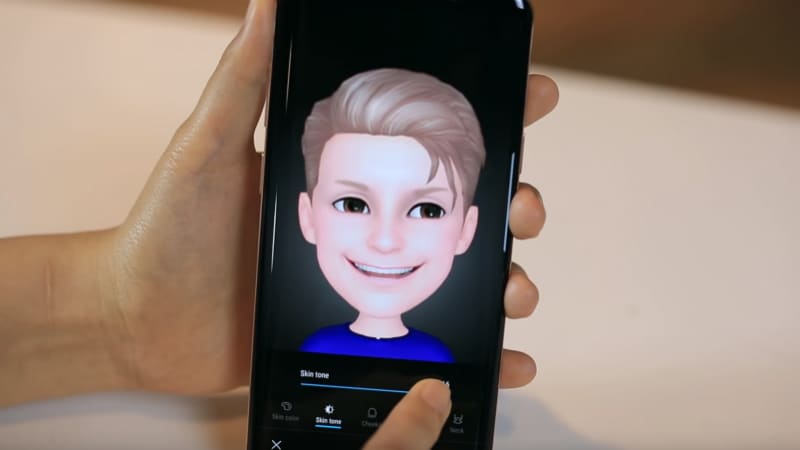 While the tech world is anticipating the arrival of the Galaxy Note 9, Samsung has brought a couple of updates for the Galaxy S9 and Galaxy S9+ to please its existing users. The first update in the new series is the addition of customisation options to the AR Emoji feature that debuted to counter Apple’s Animoji. The South Korean giant has also offered an improved facial tracking to enhance the 3D emoji experience. It has additionally been spotted that users with the latest update containing the July security patch are now able to record super slow-motion videos at 480fps for up to 0.4 seconds. This comes in addition to the default 960fps super slow motion mode that still exists for videos being recorded in the auto mode.

To convince more people to start sharing AR Emoji messages, Samsung has now brought a plethora of customisations in the form of the new My Emoji Editor feature. With the new My Emoji Editor, users will be able to make adjustments to their hair style, skin colour, skin tone, as well as facial features like cheeks, chin, ears, and neck. “With the update, after users snap a selfie to generate their AR Emoji, they’ll be able to easily make detailed adjustments to their AR Emoji’s hair, ears, and facial features. This means that, for instance, when a child creates an AR Emoji, they’ll be able to adjust the shape of their face so that it more closely mirrors their own,” the company said in a statement while announcing the new AR Emoji update.

Alongside customisations, Samsung has improved the face-tracking function of AR Emoji with a 65-percent increase in ‘landmark detector’ points. This new tweak will help your Galaxy S9 or Galaxy S9+ to track features such as your eyes and mouth more precisely. Furthermore, there is a frame rate boost to make the movements of your virtual face smoother and more natural.

Samsung hasn’t defined any concrete time on the release of the latest AR Emoji update. This could be a part of your Galaxy S9 handset soon, though. We were able to spot the new My Emoji Editor feature on one of our teammate’s Galaxy S9+, running build number G965FXXU2BRG6/ G965FOXM2BRG4/ G965FXXU2BRG4. The update also software and security improvements, including the July Android security update. While the changelog for this update does mention improvements to the Super Slow Motion feature, we weren’t able to spot it.

Other users have reported on Reddit they have found a new option for recording slow motion videos. This comes in addition to the previous 960fps recording mode, bringing HD (720p) video recording at an as low frame rate as 480fps for up to 0.4 seconds. The new Super Slow Motion mode is spotted on the devices running the July security update that started rolling out last week. Moreover, it exists only for videos being recorded in the manual mode. This means you won’t be able to see its presence if you’re recording videos in the auto mode.

The arrival of the 480fps super slo-mo mode expands the window of burst shots from the previous 0.2 seconds to 0.4 seconds. This brings an edge to the Galaxy S9 family as models such as Xperia XZ Premium offers slow motion video recording at 960fps for 0.2 seconds. But in case if you don’t want to pick the new mode to dramatise your shots, you still have the original super slow motion when using the auto mode. You can also pick the regular slow motion mode and capture your clips at 240fps.

August 31, 2018
Comments Off on Self-emitting QLED may hit markets before 2020, says Samsung