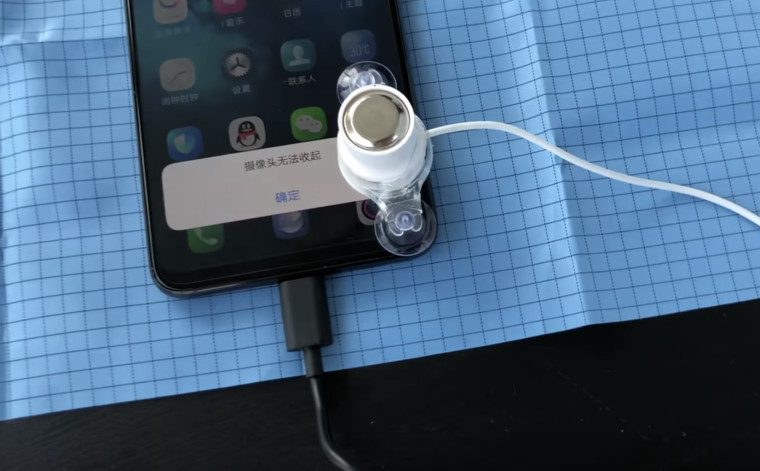 Vivo debuted its NEX handsets a couple months ago, delivering devices with a sleek design and some unique features. While the pop-up camera is a clever way of incorporating the front-facing camera into a smartphone that doesn’t have much room on the front due to its display, many were skeptical on just how resilient it could be. Luckily, someone has decided to test out the phone, putting it through hours of actuations.

TESTV took it upon themselves to test out the camera and simulate real-world usage by having the pop-out camera activate as many time as it could until failure. In order to make this possible, the team used a small machine that would simulate a button press and adhered it to the display of the phone, where it would constantly and consistently tap the camera app. After getting everything setup, the team let the phone sit for a whole day, while the device tapped, initializing the pop-up camera. After some time had passed, there was some wear on the camera and a residue that was being extruded.

Checking on the phone the next day, the NEX was having some problems with its camera, since it wasn’t fully opening and closing, but the team decided to persist on. The phone would eventually produce a message, stating that the camera could not be opened, but when tested, would open properly, but could not close. So, the test would be concluded, but moving on to the next day, the phone operated like normal, although there was a slight wiggle when the camera was activated.

Using the caption translations for YouTube, what seems to happen next is that TESTV took the phone to a Vivo repair center and had the unit repaired in less than 30 minutes. While the phone was able to make it through roughly 20 hours of testing, it did have problems here and there, but in reality, no one would continuously open and close the camera for as many hours, like what was performed in the test. While this isn’t a definitive answer, it should at least be useful information and maybe quiet some of the naysayers out there.

Prices for all Vivo smartphones remain the same even after SST

September 1, 2018
Comments Off on Prices for all Vivo smartphones remain the same even after SST

January 7, 2019
Comments Off on D-Link DWR-2010 5G-Powered Home Router Launched Ahead of CES 2019
Prices for all Vivo smartphones remain the same even after SST
Like us on Social !
Subscribe by email !