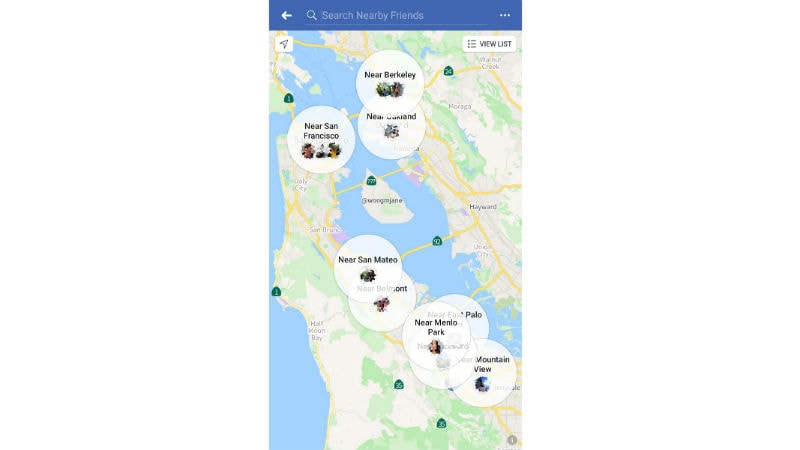 After Stories, Camera Effects, Avatars, and more such features, Facebook is now said to be cloning yet another Snapchat idea. The social media giant is reportedly working on reviving its Nearby Friends feature by introducing a Snap Map-Like interface. To recall, Snapchat had acquired a social map app called Zenly last year to launch the location sharing feature that is Snap Map. Facebook has reportedly confirmed that it is testing a redesign of Nearby Friends that brings visuals that resemble Snap Map. This feature essentially enables users to opt-in to sharing their location and have it shown on a map for followers to see.

As per a TechCrunch report, Facebook has confirmed that it is “testing a new design for Nearby Friends, a tool people have used for the past four years to meet with their friends in person. People have complete control over whether to use Nearby Friends or not. They can turn it on in the Nearby Friends bookmark.” The report says that the new interface removes the list view of the neighbourhoods and cities and instead introduces a map that groups friends together by city. Meanwhile, there is a new ‘view list’ button that shows a friend’s approximate location in a neighbourhood or city, but not their exact coordinates.

Meanwhile, developer Jane Manchun Wong shared a screenshot of the new interface for Facebook’s Nearby Friends that said to have been generated from the code of Facebook’s Android app. Wong told TechCrunch that Facebook might have deactivated server-side the ability to access the new map feature.

February 25, 2017
Comments Off on WhatsApp Now Has 200 Million Monthly Active Users in India