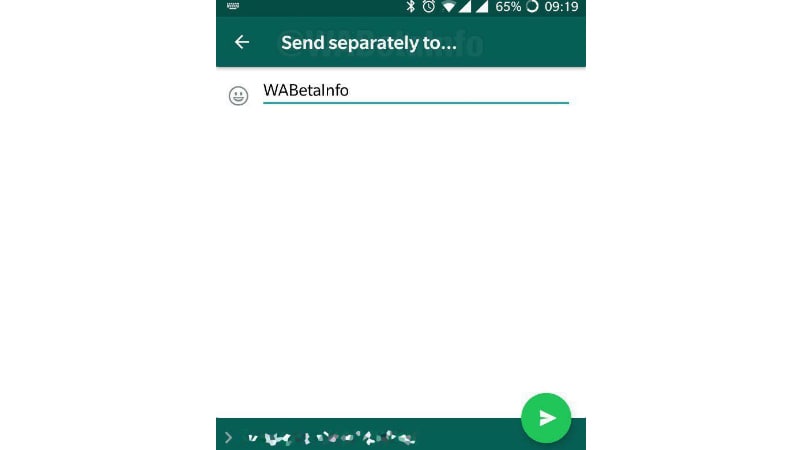 WhatsApp is constantly working on bringing new features, and some of them are already in test in beta, including vacation mode and even the private reply feature. Now, the social messaging app is testing the ability to preview forwards before sending them. This means that users will get one more step before forwarding a text, image, GIF, video, or any other content to multiple users. This will enable WhatsApp users to retract their decision of forwarding a message, or add more people to the list (or even subtract people) before actually going ahead and forwarding the message.

WhatsApp tipster WABetaInfo spotted this feature in Android beta version 2.18.325. The tipster notes that WhatsApp is testing a forward preview feature that will pop up before you forward an item, so that a user can confirm or cancel the operation. This preview will apparently appear when you forward a message or media to two or more contacts only. The tipster says that the feature will be available in the future, so it may be possible that you may not see it even if you’re on the latest beta version. We weren’t able to spot the feature.

WhatsApp recently also started testing a new feature called Private Reply. The new functionality allows users to privately send messages to a participant in a group without letting others in the same group know. This feature has arrived for Android users with beta version 2.18.355. To use the WhatsApp Private Reply feature, hold the message of the sender to which you have to reply privately. Further tap on the three-dotted menu on the top right corner of the app. Here, you will get the Private Reply option. Once you choose the option, the selected message will open privately in the chat window of the sender in the form of a reply thread.