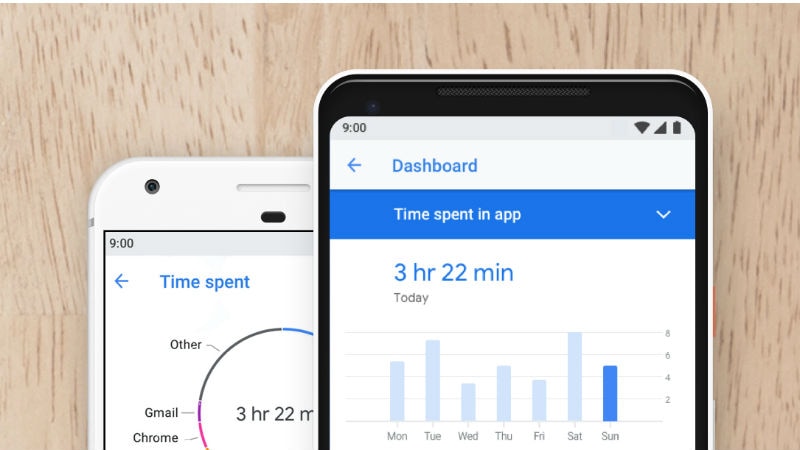 Digital Wellbeing app, which Google unveiled under the Digital Wellbeing initiative back in May to help users curb their device addiction, is now out of beta. The stable version of the Digital Wellbeing app is available for free download for all Google Pixel and Android One devices with Android 9.0 Pie. With the latest move, users on the eligible devices will no longer require the public beta programme to experience the app that essentially lets monitor your digital habits. It also has an extensive Do Not Disturb mode that goes beyond silencing phone calls and notifications and suspends all visual interruptions.

The stable Digital Wellbeing app is available for download through Google Play. However, it is still limited to all Google Pixel and Android One devices running Android Pie. This means the app won’t be installed on any of the non-Google Pixel and Android One models. Having said that, its stable arrival suggests that Google could soon expand the app at least to models from OnePlus and Essential Products that don’t have any bloatware.

Alongside being the first stable build, the Digital Wellbeing app version 1.0 improves the Wind Down feature that now turns off at your selected time or the next alarm, whichever comes first. The feature automatically fades the screen to grayscale, enables Night Light schedule, and turns on the Do Not Disturb mode at a preset ‘bedtime’ to help users wind down and hit the bed.

Google announced the Digital Wellbeing initiative at I/O 2018 in May. The initiative is aimed to help users understand their digital habits and curb device addiction using built-in tools and features. While its initial debut was for Android devices in the form of the Digital Wellbeing app, the search giant recently rolled out its presence on YouTube and Google Calendar. At the October event, the company also revealed a Digital Wellbeing version with features such as Downtime and Filters for Google Assistant-powered smart displays and speakers.

December 27, 2018
Comments Off on Google Says Gboard for Android Now Supports Over 500 Language Varieties, Google Photos Expands Private Album Limit to 20,000
Android Gets the Ability to Manually Back Up Data to Google Drive
UC Browser Gets Updated With a Dedicated Section for Short Videos
Like us on Social !
Subscribe by email !