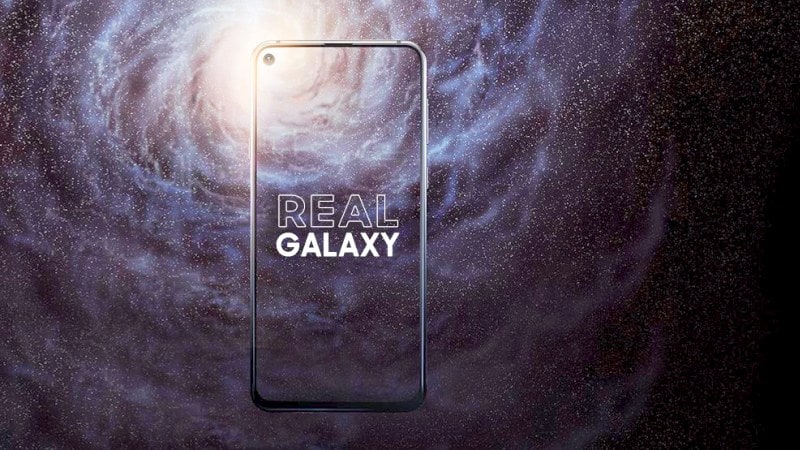 Samsung Galaxy A8s is set to be launched today, with its global unveiling scheduled to be held in China. The South Korean consumer electronics giant will be live streaming the Samsung Galaxy A8s launch, and we have all the details on how you can catch that given below. The smartphone is anticipated to be the first to sport an Infinity-O Display, one of several new display types unveiled by Samsung last month. The company has been teasing the Galaxy A8s launch on its Weibo page, and has already revealed the name and shown off the circular cutout on the display that is expected to house the front camera.

Samsung in a post on its Weibo page on Sunday revealed the time of the Galaxy A8s launch, and how readers will be able to catch the live stream. The Samsung Galaxy A8s live stream is set to start at 4pm CST (1:30pm IST), and will be shown on the Samsung China site, as well as on the Galaxy Club site.

As per recent leaks, the Samsung Galaxy A8s is said to sport a 6.39-inch display with a full-HD+ resolution and 19.5:9 aspect ratio. It is also said to have a Qualcomm Snapdragon 710 SoC, paired with 6GB of LPDDR4 RAM and 128GB internal storage that is expandable via microSD card (up to 512GB).

In terms of cameras, the Samsung Galaxy A8s is rumoured to bear 24-megapixel, 5-megapixel, and 10-megapixel sensors at the back. At the front, there is a 24-megapixel sensor that will be placed in a display hole. The size of the hole is said to be 6.7mm. In terms of dimensions, the smartphone measures 159.11×74.88×7.38mm. it is reported that the smartphone will launch in a Black-Grey gradient colour option. Further, the handset is speculated to come with a 3,400mAh battery and have a USB Type-C port. It is also reported to come without 3.5mm audio jack support.

As for what’s official, Samsung last week published a teaser on its Weibo page, clearly showing the display hole for the selfie camera. The smartphone is anticipated to sport the Infinity-O Type displaythat it unveiled at the Samsung Developer Conference in November.

September 12, 2018
Comments Off on Samsung Opens ‘Largest Mobile Experience Centre in the World’, in Bengaluru