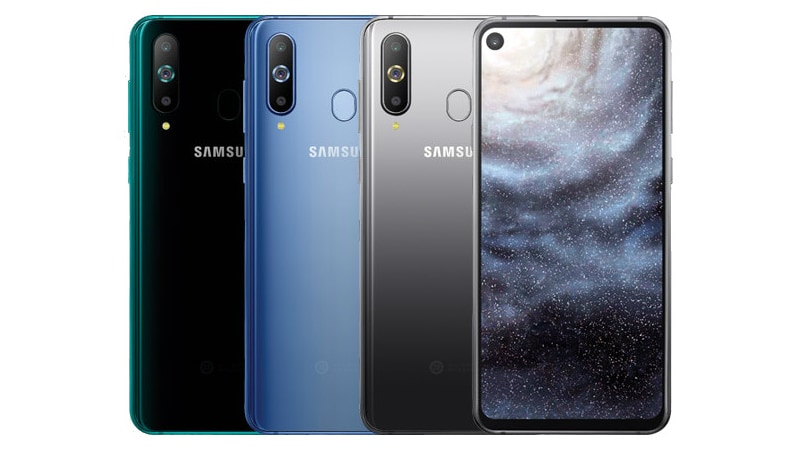 Samsung Galaxy A8s was launched in China on Monday, sporting the anticipated Infinity-O Display. This is also the smartphone’s biggest differentiating point, the fact that it sports a true bezel-less display screen, with a small hole in the display to house the selfie camera. Samsung calls it the Infinity-O Display and with the new hole-in-the-screen design, it tries to change things up by letting go of the notch trend. Other key highlights of the phone include a triple rear camera setup, up to 8GB of RAM, and a rear fingerprint sensor as well. Notably, Honor unveiled the Honor V20 on Monday as well, in what appears to be a bid to upstage Samsung as the first brand with a display hole for a selfie camera.

Samsung Galaxy A8s is seen sporting the Infinity-O Display with a hole on the top left edge of the screen for the selfie camera sensor. Apart from that, the entire front portion is taken over by the display, with no bezels on all sides. At the back, there is a triple camera setup stacked vertically, and a fingerprint scanner situated in the centre. At the bottom edge, we can see the USB Type-C port, the speaker grille and the microphone. The power and volume buttons are housed on the right edge, and the SIM tray is seen on the left edge of the device.