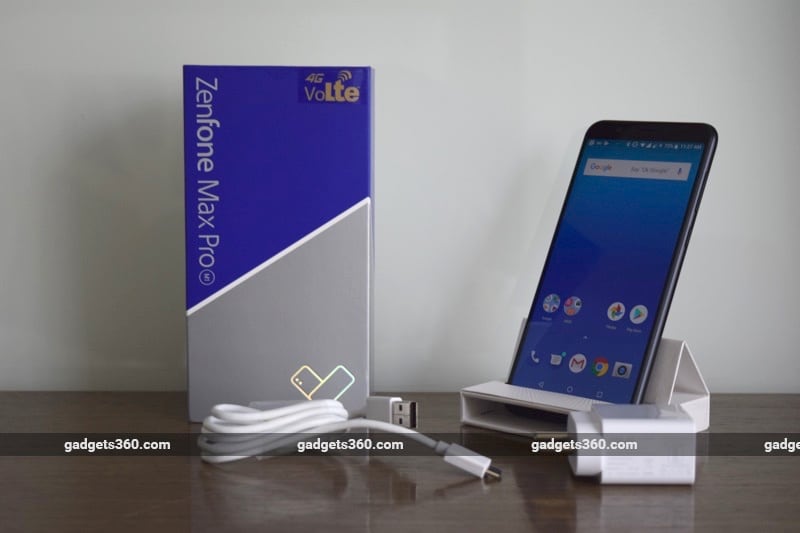 Asus ZenFone Max Pro M1₹ 9,999 is set to receive a new software update. The latest update is built with the November 2018 Android security patch. It also includes optimisations on the part of Wi-Fi hotspot, power consumption, and audio experience via headphones. The new software update for the ZenFone Max Pro M1 additionally comes with some bug fixes. Asus on Tuesday announced that the update would be released as a firmware-over-the-air (FOTA) package on a batch-by-batch basis on Wednesday, December 19, starting 12:30pm (IST). It is worth noting here that while the new update doesn’t upgrade Android version, the Taiwanese company last week revealed that it is set to bring an Android 9.0 Pie update to the ZenFone Max Pro M1 in February.

Among other new changes, the latest software update for the ZenFone Max Pro M1 brings the November 2018 Android security patch. The security patch had arrived on Google Pixel and Nexus devices last month with fixes around notifications, picture-in-picture mode, and some Pixel-specific issues. There are also fixes for known vulnerabilities.

In addition to the new Android security patch, Asus has mentioned in the official changelog that the latest update for the ZenFone Max M1 Pro improves Wi-Fi hotspot compatibility. The update also improves third-party app compatibility. This is specifically for the Instagram app.

Further, the new update optimises power consumption as well as optimises the audio experience via headphones. There are also fixes to improve the camera performance especially for recording videos.

Like any previous updates, the new software update for the ZenFone Max Pro M1 is set to debut on a batch-by-batch basis. You can check its availability on your device by going to the software updates option.

As we mentioned, Asus last week revealed that it is set to release Android 9.0 Pie for the ZenFone Max Pro M1 in February. The handset currently runs a near-stock version of Android 8.1 Oreo.

The dual-SIM (Nano) Asus ZenFone Max Pro M1 features a 5.99-inch full-HD+ (1080×2160 pixels) IPS Full View display along with an 18:9 aspect ratio. It is powered by an octa-core Qualcomm Snapdragon 636 SoC, paired with an Adreno 509 GPU and 3GB, 4GB, and 6GB RAM options. The smartphone also has up to 64GB of onboard storage that is expandable via microSD card (up to 2TB).

Alongside the dual rear camera setup, the ZenFone Max Pro M1 has an 8-megapixel selfie camera that has a five-piece, 85.5-degree lens and an f/2.0 aperture. The 6GB RAM variant of the ZenFone Max Pro M1, however, has a 16-megapixel sensor at the back. The smartphone has 4G LTE, Wi-Fi 802.11 a/b/g/n with Wi-Fi Direct, Bluetooth v4.2, GPS/ A-GPS, Micro-USB, and a 3.5mm headphone jack. It also has a fingerprint sensor at the back and a Face Unlock feature. Lastly, it packs a 5,000mAh battery that supports 10W fast charging.

Honor 8A Specifications, Renders Leak Ahead of January 8 Launch

January 9, 2019
Comments Off on Honor 8A Specifications, Renders Leak Ahead of January 8 Launch

December 30, 2015
Comments Off on ASUS launches the ZenFone 2 Laser 6 in India

January 8, 2019
Comments Off on ZenFone Max Pro M1, ZenFone 5Z, ZenFone Lite L1 Get Discounts During Asus Days Sale on Flipkart
Asus Clarifies ZenFone Series Won’t Be Killed Off
Asus ZenFone Max M2 to Go on Sale in India for the First Time Today via Flipkart
Like us on Social !
Subscribe by email !