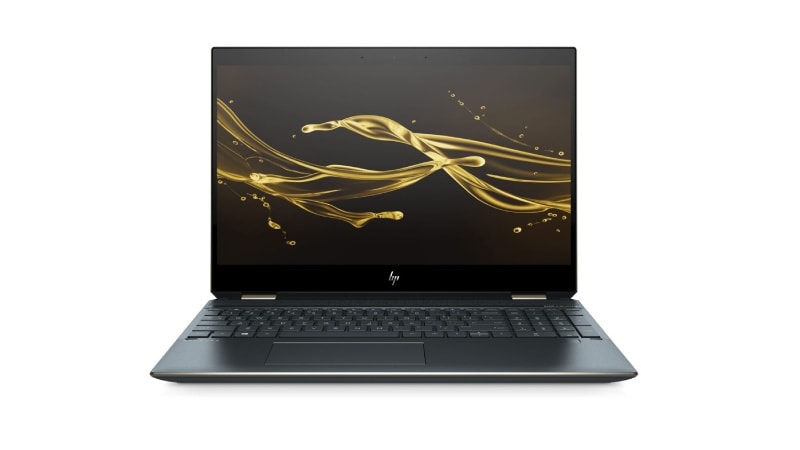 HP has launched its latest range of laptops at CES 2019, including the new HP Omen 15 gaming laptop and the productivity-centric HP Spectre x360 15. While the former features a 240Hz display which will appeal to gamers, the latter sports an OLED display that also supports HDR. The HP Spectre x360 is expected to go on sale in March, although pricing is yet to be confirmed. The HP Omen 15 with the regular display is set to be launched in February at a price of $1,370, while the 240Hz variant is expected to come in July, although the price of that variant hasn’t been shared.

Although HP has had an OLED screen option available on its HP Spectre x360 13 for some time now, this is the first time it’s bringing the display technology to a 15-inch screen size. Apart from the screen, you get top-end specifications for a Windows device, including an 8th-generation Intel Core i7 processor, 16GB of RAM, and 512GB of SSD storage. A key advantage of OLED screens is improved colours and battery life, along with better black levels. However, the high price of OLED displays will mean that the HP Spectre x360 15 won’t come cheap.

The second key launch at CES 2019 is the new HP Omen 15, which will be available in two variants. The regular variant which is set to launch in February sports impressive specifications including the new Nvidia GeForce RTX 2070 Max-Q graphics card and an 8th-generation Intel Core i7 processor, the 240Hz unit won’t come till July this year. The high refresh rate will appeal to gamers, and will be able to keep up with the requirements of most games.

HP also launched a new gaming monitor called the Omen X Emperium. The massive 65-inch monitor also comes with Nvidia G-Sync HDR support, 750 nits of brightness and a 4K resolution. The Omen gaming range is well-received among gamers, and is considered among the best in the Windows gaming PC space.