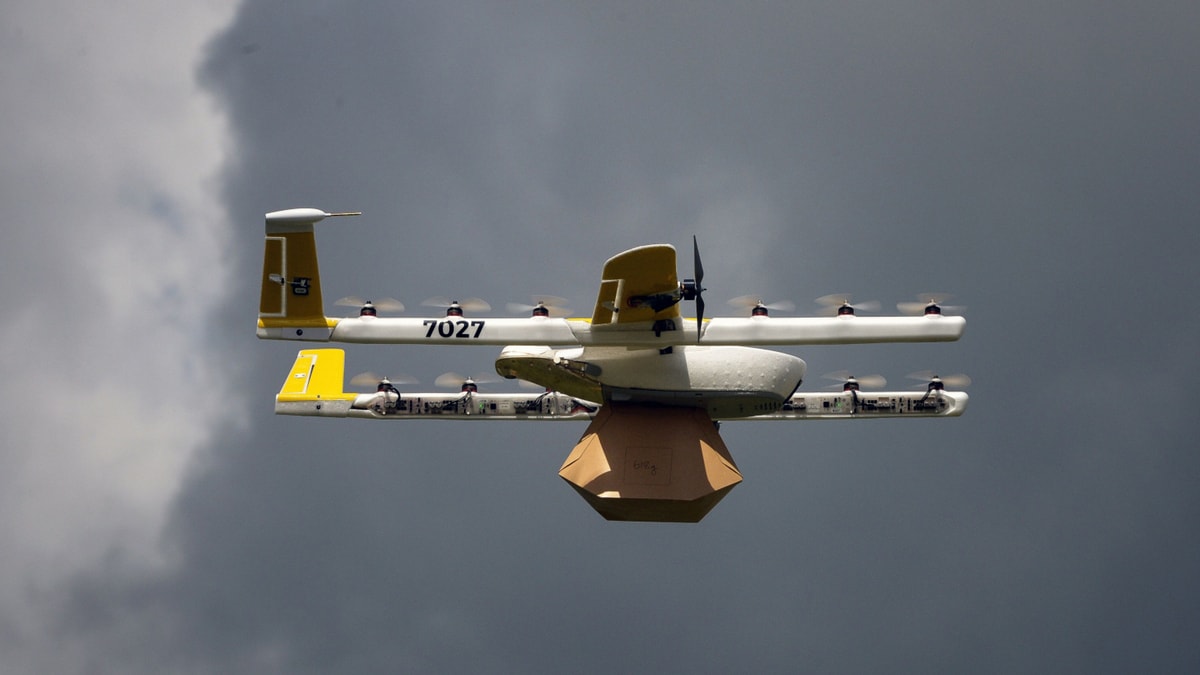 The company that brought you free digital maps and email wants to do the same thing for your drone.

Wing, an offshoot of Alphabet’s Google, on Tuesday unveiled a new app it calls OpenSky that it hopes will become the basis for a full-fledged air-traffic control system to manage the expected growth of this new class of flying devices.

It’s been approved to manage drone flights in Australia, where it is free. Wing has been working on demonstration programs with the Federal Aviation Administration and is also holding discussions with other countries on getting its app approved, according to James Burgess, Wing’s chief executive officer.

“This is Wing’s effort to try to make drone flying easier and safer for all operators,” Burgess said in an interview. “We envision a future where it’s easy to access the sky and all drone operators are collaborative, able to follow the rules and work within the constructs of whatever aviation regulation and rules are in place in a country.”

Wing isn’t alone in attempting to create a system that helps drone operators plan flights, ensure they adhere to legal restrictions and prevent mid-air collisions. Numerous companies, such as AirMap and Iris Automation, are developing similar products and have been conducting tests with FAA.

But Wing, with its ties to the global data behemoth Google and its simultaneous attempt to create a vast drone delivery network, brings a new heft to the arena.

For companies like Wing, Amazon.com’s Prime Air and scores of others seeking to use drones for deliveries, having a robust air-traffic system for small drones flying at low altitudes is critical. Their business model for robot-like devices zipping across the skies won’t work unless they can keep track of each other and avoid collisions.

“It’s a fundamental part,” Burgess said. “Because, for Wing to do the advanced delivery operations and provide that service that we envision, drones will have to share the skies safely and be able to operate in a highly automated fashion while still being compliant and interoperable with everything around them.”

Helping build the air-traffic system and inducing all drone operators to participate will help Google reach its goal.

Both Burgess and Reinaldo Negron, who heads Wing’s drone air-traffic efforts, said they welcome participation by other companies. Australia’s Civil Aviation Safety Authority has created a computer platform that will allow multiple competitors to provide a similar service as Wing.

The company has made 80,000 test flights using its OpenSky app in three continents. It is available to Australian users of Apple and Android operating systems. There is also a PC version.

In its initial guise, it will be free to anyone. Burgess declined to speak about Wing’s future plans for whether the app would contain advanced features for which the company would charge a fee.

So far, systems such as OpenSky allow users to plan a flight. The Australian app tells drone pilots whether a flight is legal and also provides notifications of no-fly zones, such as a sporting event.

As more drones become equipped with tracking devices, such apps may become the underpinning of an air-traffic management system for low-level drone flights that uses computers to automatically keep flights flowing orderly.

When civilian drones burst onto the scene several years ago, there were few limits on who could fly them and enforcement of aviation regulations was spotty. As their use has exploded, so have safety incidents and the FAA has gradually begun adding restrictions.

NASA has been crafting a framework for how drone traffic could be monitored and the FAA is working on regulations to require that the devices send out some type of radio beacon that will identify them, both to prevent midair collisions as well as to ensure they aren’t used illegally.

Wing in April was the first US drone company to receive government approval as an airline. The delivery flights the company envisioned haven’t begun yet.

Google Pay Gets Peer-to-Peer Payments, Lets You Save Concert Tickets and Boarding Passes

July 11, 2018
Comments Off on Google Pay Gets Peer-to-Peer Payments, Lets You Save Concert Tickets and Boarding Passes