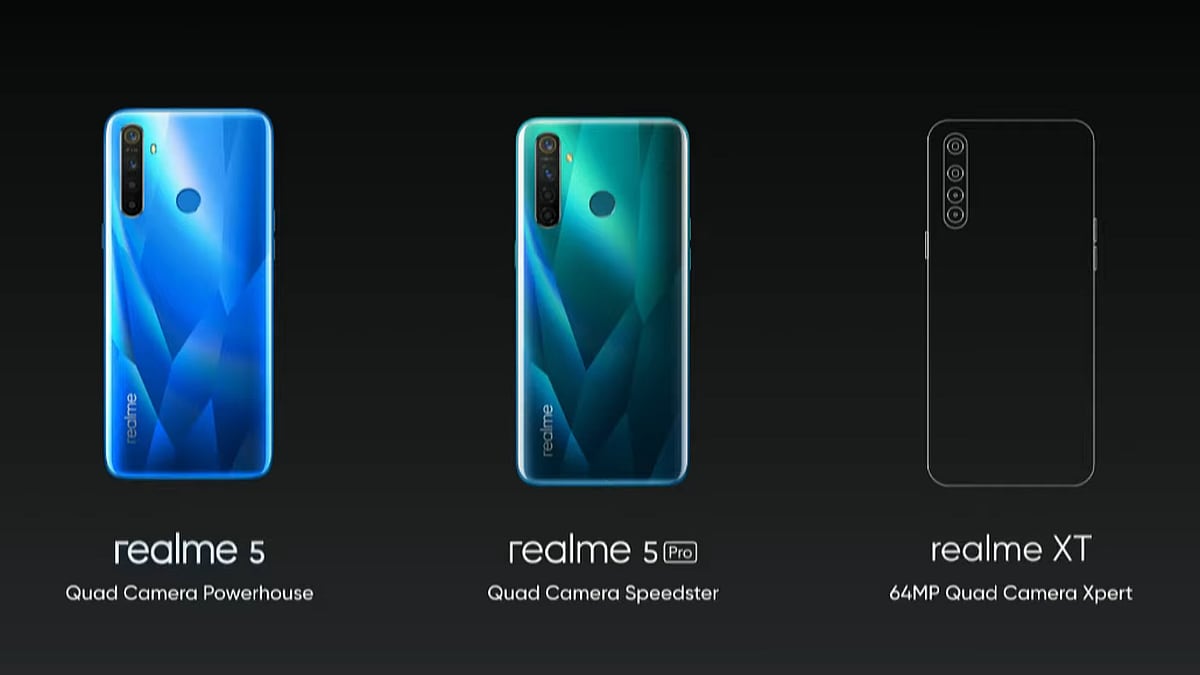 Realme XT will be Realme’s anticipated phone that will debut with a 64-megapixel camera, India CEO Madhav Sheth announced while concluding the Realme 5-series launch in New Delhi on Tuesday. The company earlier this month confirmed that the new phone would sport Samsung’s ISOCELL Bright GW1 sensor that was unveiled back in May — without revealing the Realme XT name. The sensor is designed to produce 16-megapixel images in low-light conditions by merging four pixels into one using an in-house Tetracell technology. Alongside the Realme XT, Sheth at the launch event unveiled the Realme Buds 2 headphones that will come with 11.2mm bass boost drivers and carry a price tag of Rs. 599. Separately, the company also announced new software features introduced with the Realme 5 series will be brought to all older Realme phones in the future.

Sheth said at the launch event that the Realme XT will be the “complete expert” in its price segment. While the executive didn’t reveal the exact launch date of the new smartphone, he did suggest a late September debut.

“All I can say right now about this phone is Quad me up when the September ends,” Sheth said while reminding us of American Idol’s song “Wake Me Up When September Ends” by Green Day.

Realme already confirmed that the Realme XT would carry four rear cameras and the primary sensor would be the ISOCELL Bright GW1 sensor. It also mentioned that the first phone with the 64-megapixel camera could debut in India sometime before Diwali.

“Our goal was to make a camera with the highest resolution in the market,” the company had said through its social media post earlier this month.

At the Realme 5-series launch event, Realme’s Sheth also announced the Realme Buds 2 that have 11.2mm bass boost drivers along with a multi-layer composite diaphragm. The headphones will go on sale in India on September 4.

October 27, 2018
Comments Off on HP Sprocket Plus With Ability to Produce 30 Percent Larger Prints Than Predecessor Launched in India