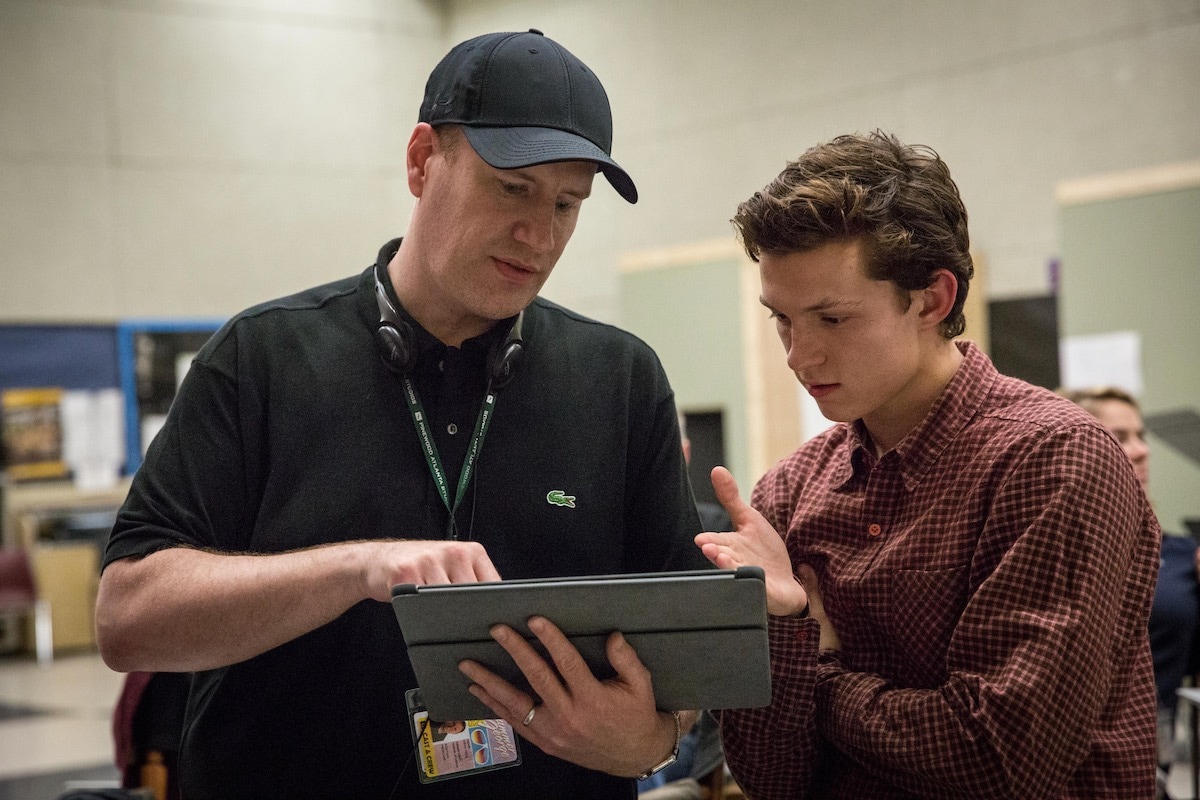 Kevin Feige, Tom Holland on the set of Spider-Man: Homecoming

While Disney has yet to officially respond to Spider-Man’s exit from the Marvel Cinematic Universe, two of the primary individuals involved in the partnership — actor Tom Holland who plays Spidey, and Marvel Studios president Kevin Feige — addressed the biggest entertainment news of last week at Disney’s D23 Expo over the weekend, where they appeared to promote or announce their upcoming ventures. Holland said he’s “going to continue playing Spider-Man” and told the D23 crowd “I love you 3000”, referencing Tony Stark’s daughter’s line from Avengers: Endgame. Feige, on the other hand, admitted that the “dream” that was having Spider-Man in the MCU “was never meant to last forever”.

Speaking to Entertainment Weekly after he appeared at Pixar’s D23 presentation — he plays one of the leads in Onward, alongside fellow MCU star Chris Pratt — on Saturday, Holland said: “Basically, we’ve made five great movies. It’s been five amazing years. I’ve had the time of my life. Who knows what the future holds? But all I know is that I’m going to continue playing Spider-Manand having the time of my life. It’s going to be so fun, however we choose to do it. The future for Spider-Man will be different, but it will be equally as awesome and amazing, and we’ll find new ways to make it even cooler.”

That’s a highly positive attitude from an actor who just lost the opportunity to continue working in the biggest movie franchise that exists today. That said, Holland is trying to make the best of the situation, and possibly the best of what he knows. Actors aren’t always kept in the clue regarding financial deals between Hollywood studios — Disney and Sony Pictures, in this case. Moreover, Holland is still Spider-Man, easily the most recognisable superhero around, especially after the exit of some of Marvel’s old guard in Endgame.