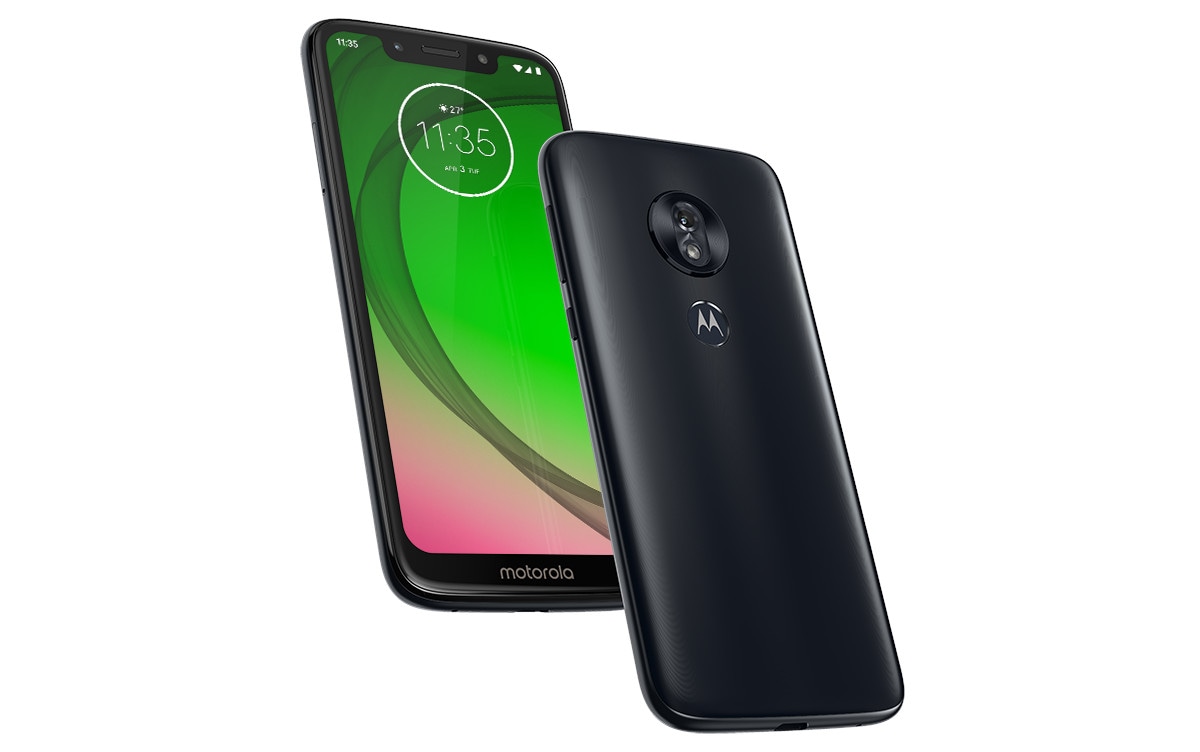 Moto G8 Play will keep the fingerprint sensor on the back, like its predecessor (pictured above)

It has been just over six months since Motorola unveiled its Moto G7 lineup of smartphones and we are already hearing about Moto G8 series. First the alleged pictures of a phone believed to be Moto G8 popped up on the Internet, and now we have the purported details of the Moto G8 Play. According to an online report, the Moto G8 Play will come with features like a MediaTek SoC, HD+ screen, and a 4,000mAh battery.

The XDA Developers Portal writes that it expects the Moto G8 lineup to be introduced in just a few months. The lineup is likely to include four phones, like its predecessor – Moto G8, Moto G8 Plus, Moto G8 Power, and Moto G8 Play. The publication has got hold of the key specifications of the Play model of the Moto G8 series via an unnamed source.

Additionally, the phone is said to pack 3GB or 4GB of RAM, 32GB or 64GB of onboard storage, and a rear fingerprint sensor. NFC and dual-SIM will also be available, depending on the market.

One of the Moto G8 Play version recently surfaced in an FCC listing as well and the same has revealed the presence of a 4,000mAh battery as well as 157.6mm x 75.4mm dimensions.

Lastly, XDA Developers Portal notes that there will two colour options for the phone – Iron and Cosmo – and it will be offered in Asia-Pacific markets, Brazil, Europe, and Latin America.

Meanwhile, known tipster Evan Blass had recently shared two pictures of an unannounced Motorola smartphone on Twitter, and it is believed that the phone in the photos may be the upcoming Moto G8.

Tools And Techniques Used By Web Developers And Designers

October 12, 2017
Comments Off on Tools And Techniques Used By Web Developers And Designers

Starting March 2016, dial 9 on your phone to send a distress alert to the police

December 29, 2015
Comments Off on Starting March 2016, dial 9 on your phone to send a distress alert to the police

November 2, 2018
Comments Off on 9Stacks Review

January 27, 2017
Comments Off on 3 Essentials of a Business Website

Avail Best Commercial Movers For Packing And Moving Of Materials

March 11, 2019
Comments Off on Avail Best Commercial Movers For Packing And Moving Of Materials

July 20, 2018
Comments Off on Release Your Inner Hero with Mobile Tower Defense Games

December 30, 2015
Comments Off on YU Yutopia to launch on December 17th
French Group Launches Class Action Against Google Over Data Privacy
Like us on Social !
Subscribe by email !