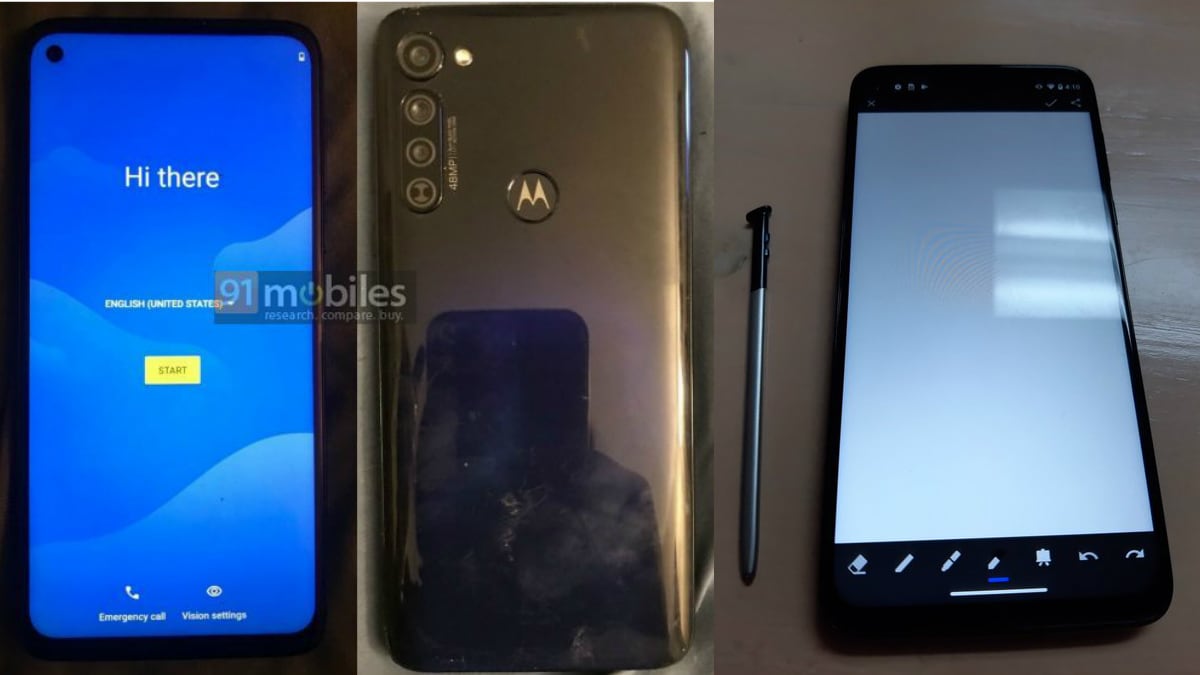 Moto G Stylus has appeared on Geekbench and live photos have also cropped up online, giving us more information on key specifications and design details. To recall, the rumoured Moto G Stylus is the company’s upcoming phone with stylus support, its first such smartphone, and it is expected to launch at MWC alongside new models in the Moto G8 series. To recall, while there as some confusion whether the new Motorola phone would be called the Motorola Edge+ earlier, recent reports have pointed to it being called the Moto G Stylus.

The live photos leaks are courtesy Twitter user Gustavo Gonzalez, 91Mobiles, and Mexican site Xataka.com. The images show the Moto G Stylus sporting a hole-punch display with the cut out placed on the upper left corner of the screen, thin bezels on all sides of the display, and a slight chin at the bottom. The stylus also spotted in the photos, and it is seen to sport two physical buttons.

At the back, the Moto G Stylus is seen to sport a multitude of cameras, and it reportedly will include a 48-megapixel camera, a 117-degree wide-angle action camera. The sensors are positioned vertically on the upper left corner of the back panel, and a rear fingerprint sensor is also spotted. Key specifications are also leaked by 91Mobiles, and the report says that the Moto G Stylus could feature a 6.3-inch or 6.4-inch full-HD+ display, a Snapdragon 6-series processor, 4GB RAM, 128GB storage, and a 4,000mAh battery with fast charge support. The storage should be further expandable via a microSD card.

November 22, 2019
Comments Off on Realme X2 Pro to Get ColorOS 7 Early Adopter Version on December 18 in China

November 29, 2018
Comments Off on UC Browser Gets Updated With a Dedicated Section for Short Videos
Samsung Galaxy M21 Specifications Tipped Through Geekbench Listing
Like us on Social !
Subscribe by email !