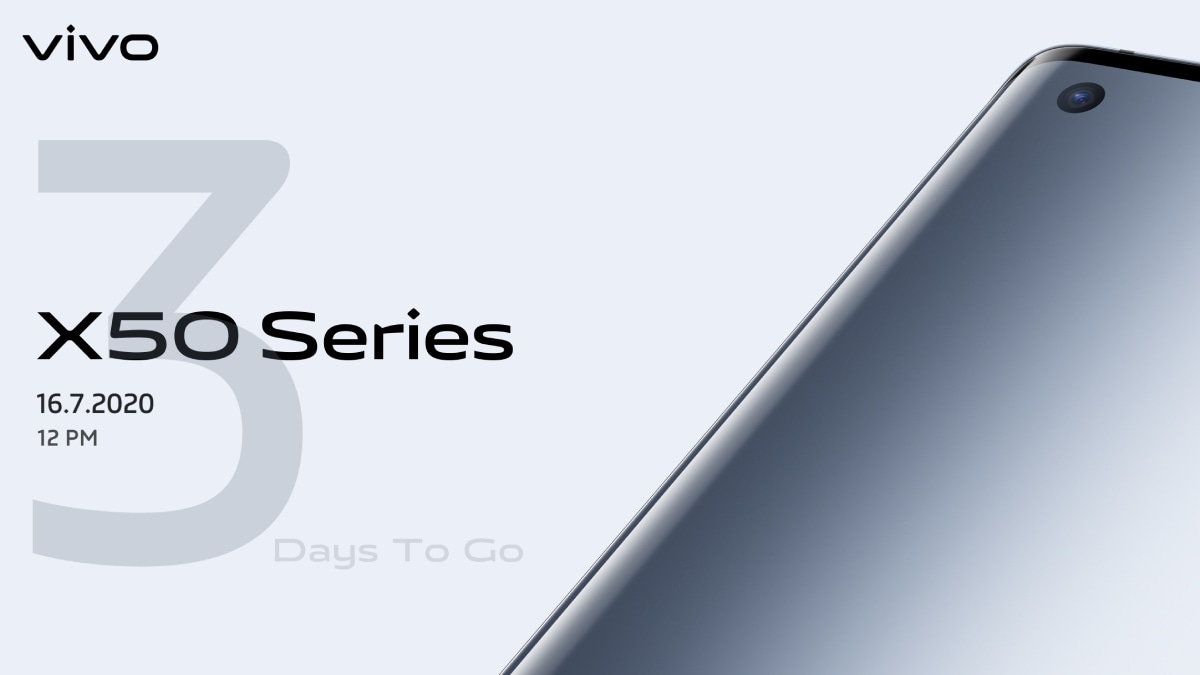 Vivo X50 series is set to launch in India on July 16, the Chinese firm has announced on Twitter. Launched in China last month, the series comprises three models – the Vivo X50, Vivo X50 Pro, and Vivo X50 Pro+. However, Vivo had earlier confirmed that only the Vivo X50 and Vivo X50 Pro models would be launched in India. Taking to the social media, the brand revealed that the launch would take place on Thursday at 12pm IST. Powered by Snapdragon 765G, both the models are touted to carry a quad camera setup on the back.

Vivo India announced the news with a tweet that the X50 series launch is only three days away, on July 16, at 12pm IST. The company wrote on the post, “It’s #PhotographyRedefined. Get ready to Xplore brighter & clearer world through the lens of a revolutionary smartphone.” Going by the caption, it is clear that Vivo is promoting the photographic prowess of the upcoming range of phones.

Earlier this month, Vivo had confirmed that the X50 series would indeed be launched in India with a tweet. Soon after the China launch, the CEO of Vivo India, Jerome Chen, revealed through a Facebook post that it will be coming to India soon.

Last week, Vivo India confirmed with a press release that only the Vivo X50 and the Vivo X50 Pro would go on sale in India.

January 14, 2017
Comments Off on Samsung Galaxy S8 to Sport AMOLED Display, Bezel-Less Design, Promo Videos Suggest
Qualcomm Snapdragon 865 Plus 5G SoC With Increased Performance Across the Board Launched
Like us on Social !
Subscribe by email !