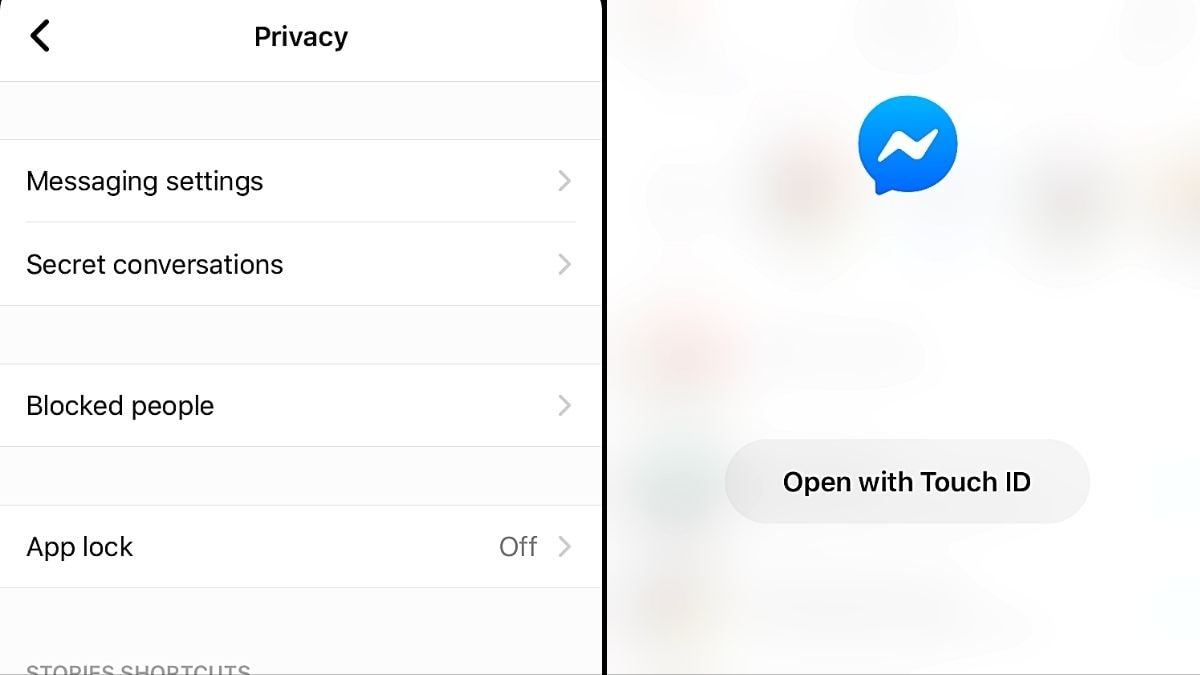 Facebook Messenger app is adding an extra layer of security with its new App Lock feature. The feature essentially locks the app, and users will need to unlock it using their biometrics such as Touch ID or Face ID. The feature is available in India; however, it is currently limited to iOS and iPad users. Android users of the Facebook Messenger will receive the update in the “next few months.” Additionally, Facebook has announced new privacy features for the Messenger platform.

Facebook in a blog post also claimed that users’ biometrics would not be transmitted or stored by the company. The App Lock feature on the Messenger app can be found under the Privacy section in the Settings page. Notably, the new privacy feature does not restrict notifications, and users will further need to customise this setting under the “Notifications & sounds” section in the app.

The social media giant has announced another privacy feature for the Messenger platform. With this new feature, users will be able to control messages or calls from other users on the app directly. “We’re working on new controls so you can decide who can message or call you directly, who goes to your requests folder, and who can’t message or call you at all,” the company said.

Additionally, Facebook will start blurring photos that land up in the message requests folder, similar to how WhatsApp blurs images received from unknown users. “This way, you have the choice to view an image from someone you may not know before replying to the message or blocking or reporting the account,” the company in blog post noted.

The above features are coming to Messenger “soon”. Recently, the company introduced a screen sharing feature for Messenger app users on Android and iOS. The same can also be accessed on the Web and desktop via Messenger Rooms.

July 16, 2020
Comments Off on JioMeet Video Conferencing App Sees 5 Million Downloads Within Days of Launch
Snapchat’s Coronavirus-Led User Growth Slowed Down Sooner Than Expected
Like us on Social !
Subscribe by email !