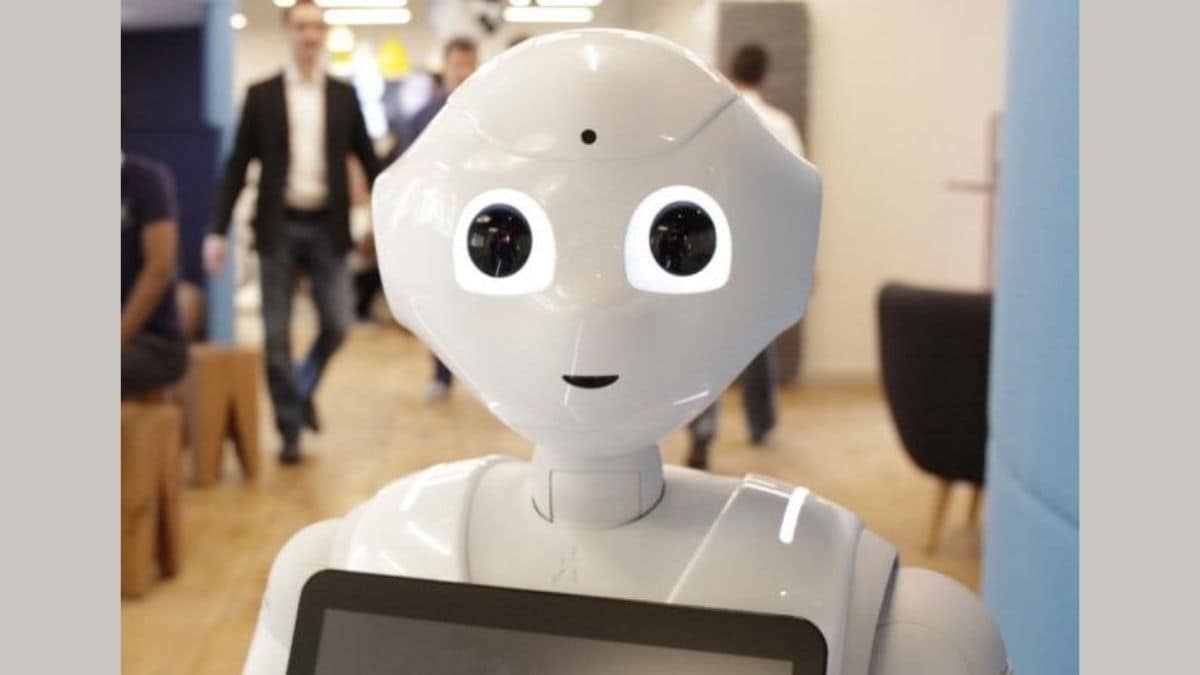 Now, after a surge in loneliness among vulnerable groups during the coronavirus pandemic, this robot’s potential as a companion have earned her a role in a Scottish university’s assisted living experiment with artificial intelligence.

Scientists at Heriot-Watt University in Edinburgh have programmed robots, including Pepper — who was launched as the world’s first humanoid in Japan in 2014 — to perform tasks normally carried out by care workers.

“We are specifically interested in understanding the needs of the most vulnerable at this time and what technology could be used to make their lives better,” Mauro Dragone, the project’s lead scientist, told AFP.

“Successful innovation in the field is crucial to alleviate the strain on health and social care services.”

The experiment, named Ambient Assisted Living, will initially focus on finding solutions for priority groups, whose vulnerabilities have been compounded by social isolation measures required during the pandemic.

For the research, Pepper and other robots have been put to work in a university laboratory configured to resemble a standard apartment, with a bedroom, bathroom, kitchen, and living room.

By using robots to perform basic household tasks for those who have lost their vision or hearing, or suffer from dementia, the project hopes to ease pressure on care workers, who are often encumbered by high workloads.

Researchers, care providers and the end users of assisted living services are being asked to use cloud and so-called Internet of things technologies — in which objects in the house are fitted with sensors linked to the Internet — to participate remotely.

“We are transforming this lab into a remote open access lab so that we can keep doing this work together even while there is social distancing in place,” Dragone said.

Should the sensors detect a health emergency in a patient, an alert can be transmitted, allowing carers or emergency workers to take rapid action.

“In this laboratory we are experts in sensor technology that is invisible,” Dragone said.

“Rather than attaching sensors, we use technology such as a Wi-Fi signal to detect the presence and activities of people at home,” he added, noting this meant there would usually be nothing new to instal or wear.

Researchers are “mindful” about privacy issues and the ethical issues that could come up in the project, said Dragone.

A worldwide panel of ethics experts on artificial intelligence is overseeing the experiment and will run “constant” risk assessments on the technology as it is developed, he explained.

The Coalition of Care and Support Providers in Scotland, which represents 80 voluntary care providers that support around 200,000 people, has encouraged its members to collaborate on the project.

“There was already an existing drive for digital before the pandemic, but the crisis management answer has been to accelerate the implementation,” she added.

Donnelly said the reaction to the project had been “really positive” so far.

“The focus of the project is on the end user and there is a co-design element to it,” she added.

“The care providers know that everything the project produces will support them in making their day-to-day lives a little bit easier.”

TikTok Not Being Put Up for Sale, Media Report Untrue, Internal Note Claims

December 24, 2019
Comments Off on TikTok Not Being Put Up for Sale, Media Report Untrue, Internal Note Claims

September 18, 2020
Comments Off on Mitra the Robot Helps COVID Patients in India Speak to Loved Ones

December 30, 2015
Comments Off on Microsoft Azure-based Hug smartwatch with gesture controls unveiled
Amazon Withdraws From MWC 2020 Over Coronavirus Concerns
First Black Hole With ‘Intermediate Mass’ Discovered, Oldest Ever Detected
Like us on Social !
Subscribe by email !